My past experience as an ER nurse, working in critical care and trauma settings at high-volume emergency rooms makes me a passionate and driven advocate for those in need.
Jim Mullen | Attorney 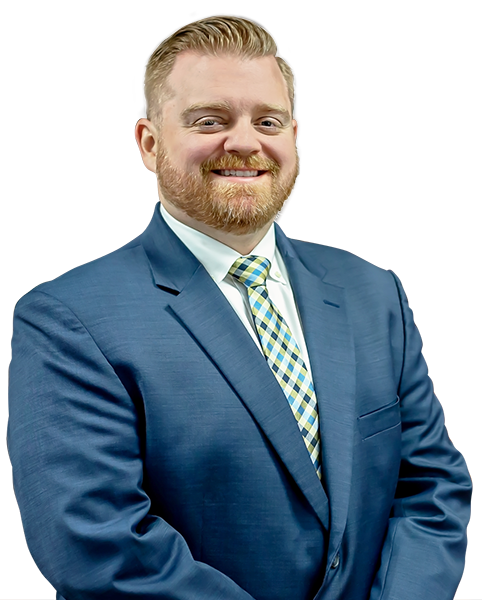 Jim Mullen is a passionate and driven advocate for those in need.  After completing his undergraduate degree in finance from the University of Massachusetts at Amherst, Jim worked in corporate foreign exchange as a treasury analyst.  Despite finding success in this field, Jim’s desire to help others naturally lead him to a career in nursing.  After graduating in the top 20% of his nursing school class, Jim spent the next four years working in critical care and trauma settings at safety net hospitals and high-volume emergency rooms such as Grady Memorial in Atlanta, Georgia and most recently as a charge nurse at Methodist Charlton in South Dallas.

Jim is admitted to practice in all state courts in Texas, as well as the Federal District courts in Texas:  Northern, Eastern, Southern and Western Districts

Jim and his wife Gina are the proud parents of two beautiful daughters.  Jim enjoys playing golf poorly and is an avid football fan.

“They handled my claim in a timely manner, with compassion and professionalism.  I would highly recommend this firm to anyone.  I am very grateful to Jim Mullins and Bill Curtis who went out of their way to help me as a client. Curtis Law Group is awesome.”

In 2016 someone ran a red light that resulted in the worst car accident I have ever experienced. I was injured pretty badly and my car totaled- destroyed. Having never been involved in a car accident that severe, I had no idea where to start and how to make sure I would recover.. I reached out to The Curtis Law Group based on a referral and immediately they began taking care of me. From the first initial consultation, their team sprung into action to make sure my injuries and damages wouldn't get swept aside by the other driver's insurance. My injuries were extensive and permanent, and the driver's insurance was determined not to be held accountable. Jim, Courtny, Bill and the rest of the team at Curtis Law Group, worked diligently to ensure I would have the means to provide proper care for the injuries I received from the car accident. Jim and Courtny always made sure every question I asked was answered  and that I was never left out of any decision- they truly listened and included my opinion at every step of the way. Even after the trial won, paperwork signed and the case being DONE, Jim and Courtny continued fighting to make sure I got every possible resource available (and owed) to me.. I received a phone call after our case was finished to let me know they, once again, WON against insurance and I would be receiving more support. I cannot recommend Curtis Law Group enough and 5 stars isn't nearly enough praise to show my gratitude for everything the whole team at Curtis Law Group did for me. You are in great hands with this firm on your side!

“I would highly recommend the Curtis Law Group; Jim Mullen RN, BSN, CEN was not only a pleasure to work with, but a fantastic lawyer. I had an incident at my apartment complex due to poor maintenance and resulted in a bad injury, requiring Dr visits, surgery, rehab and more.  Jim is a former registered nurse so this came in helpful as his knowledge showed the severity of what had happened.  He was persistent in contacting the apartment complex to get my surgery and medical needs paid for.  If not for his medical background it may not have been possible.  I am ever so grateful that Jim Mullen was able to get my surgery and medical bills paid for.  I highly recommend him.”