"For decades I have been representing people catastrophically injured or killed by the negligence of others. We hold the negligent accountable, and help you and your family recover the compensation you deserve."
Bill Curtis | Attorney/Principal 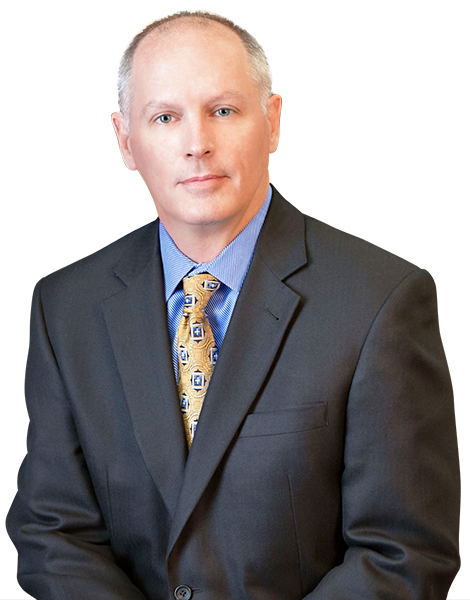 After several years of defense work, Bill recognized his passions were on the plaintiffs' side and now he exclusively represents victims of negligence as a trial lawyer.  He brings to the table a unique perspective from both sides of the “v” that enables him to foreshadow the moves of his opponent.  As a plaintiff’s trial lawyer, Bill's practice includes catastrophic injury and wrongful death cases of all types, all across the country.

Bill is licensed in all state courts of Texas, as well as numerous United States District Courts around the country.  Bill was sworn in to the United States Supreme Court in 2011, giving him the distinguished privilege of being able to argue cases in front of our Nation’s highest court.  Bill also has actively represented clients in pharmaceutical litigation in all 50 states, and has appeared before courts from coast to coast.

In addition to Bill’s reputation for obtaining accountability from big drug companies, Bill prides himself on his dedicated team of lawyers, paralegals and legal staff.  His team is devoted to helping clients heal from their physical and emotional wounds while diligently working to achieve success in their cases.  Curtis Law Group uses the latest technology and case management software to efficiently manage all aspects of the litigation lifecycle.  The team at Curtis Law Group is dedicated to providing superior client satisfaction and has an “all hands-on deck” approach to ensuring every case, no matter how big or small, receives exceptional legal services.

Aside from filing lawsuits against negligent companies, Bill is a frequent author and speaker, and for several years was a contributing author to an annual survey on tort law in the SMU Law Review. He served as a Trustee for the National College of Advocacy, and has held various positions on numerous committees for The American Association of Justice.

For over a decade, Bill served on the Board of Directors for the Texas Trial Lawyers Association and Dallas Trial Lawyers Association. He has earned a membership in the State Bar College of Texas.  Bill is an invited member to the Million Dollar Advocates Forum, and for nearly 20 years has been repeatedly named by Texas Monthly as a Texas Super Lawyer.  Bill has been recognized as AV Preeminent Rated by Martindale Hubbell and by his fellow trial lawyers, an honor earned by only a select few.  Because of his expertise in personal injury trial law, Bill is frequently interviewed by national news media, such as the New York Times, the Washington Post, Lawyers Weekly and numerous others.

April 2006, Texas Trial Lawyers Association Maximizing Your Case Recovery in 2006 Seminar, “Lawyer Joint Ventures – How To and How Not To”

June 2011, American Association for Justice Fosamax Teleseminar, “Medicine and the Current Correlation Between the Drugs and the Fractures”

"When an air compressor exploded at the manufacturing plant where I worked, cast iron shrapnel blew through a cinder block wall and into the left side of my body. I'll never be the same, but Bill Curtis was there for me and helped me recover $8.5M in injuries."

“They handled my claim in a timely manner, with compassion and professionalism.  I would highly recommend this firm to anyone.  I am very grateful to Jim Mullins and Bill Curtis who went out of their way to help me as a client. Curtis Law Group is awesome.”

In 2016 someone ran a red light that resulted in the worst car accident I have ever experienced. I was injured pretty badly and my car totaled- destroyed. Having never been involved in a car accident that severe, I had no idea where to start and how to make sure I would recover.. I reached out to The Curtis Law Group based on a referral and immediately they began taking care of me. From the first initial consultation, their team sprung into action to make sure my injuries and damages wouldn't get swept aside by the other driver's insurance. My injuries were extensive and permanent, and the driver's insurance was determined not to be held accountable. Jim, Courtny, Bill and the rest of the team at Curtis Law Group, worked diligently to ensure I would have the means to provide proper care for the injuries I received from the car accident. Jim and Courtny always made sure every question I asked was answered  and that I was never left out of any decision- they truly listened and included my opinion at every step of the way. Even after the trial won, paperwork signed and the case being DONE, Jim and Courtny continued fighting to make sure I got every possible resource available (and owed) to me.. I received a phone call after our case was finished to let me know they, once again, WON against insurance and I would be receiving more support. I cannot recommend Curtis Law Group enough and 5 stars isn't nearly enough praise to show my gratitude for everything the whole team at Curtis Law Group did for me. You are in great hands with this firm on your side!